Solutions Journalism and the climate crisis in the media: a day with Sparknews at Médias en Seine

Sparknews was proud be part of the second edition of Médias en Seine on October 8th. The festival organised by Les Echos and France Info was an amazing opportunity for media professionals and the greater public to debate about the future of information. Sparknews coordinated several sequences on solutions journalism and on the importance of the climate crisis the newsroom.

What role for the media in the ecological transition?

The festival began with a “workshop” for journalists. The speakers discussed their visions on the coverage of the climate crisis as news media. Until very recently, terms such as “CO2”, “global warming” or “biodiversity” were almost exclusively used by scientists and experts. Non-specialised media barely covered these topics, or either too vaguely, or with words that would confuse uninformed readers. This treatment partially explains why the public was so far not very responsive. Things have changed and the people are now generally aware of the climate situation. Audiences are now attentive and expect the media to fulfill their role in delivering quality and clear information.

How to approach this topic? For Catherine Nayl, Head of News at France Inter, solutions journalism should definitely be considered, as she uses the example of the campaign “Le plastique, non merci”, co-organised by France Inter and Konbini earlier this year. Both media not only informed their audiences about the problem with plastics, but also highlighted initiatives fighting against it. Point is, coverage of the issue by the media contributes in changing habits. Valérie Martin, head of ADEME’s citizen mobilisation and media service, mentioned the Greenflex indicator, according to which “86% of French people would like to live in a society where consumption takes up less space”.

With great power comes great responsibility. Jon Henley, Europe correspondent for The Guardian, reminded that the choice of words and the semantic accuracy are essential. Moreover, The Guardian is the first newspaper to have changed its editorial charter and no longer speaks of “climate change” but “climate crisis/emergency”. According to him, the media must commit to highlighting the seriousness of the situation so that it becomes concrete and graspable by everybody. The challenge is also to find a “happy” medium to alert sufficiently without triggering anxiety.

It is therefore crucial that journalists get proper training on climate issues in order to share the best information. This is why Olivier Aballain, from the ESJ Lille, created the Masters Degree “Climate Change and the Media”. It aims to give journalists and communication professionals the keys to understand scientific works as well as the best ways to talk about them.

As Magali Payen, founder of the On Est Prêt movement, says in the interview below, if traditional media struggle to cover the climate crisis, maybe online content creators can help. Whether on Youtube, Instagram or Twitch, videographers do not hesitate to encourage action and to set an example.

From climate alert to action: meeting with the On Est Prêt movement

Later in the day, Magali Payen came to introduce the On Est Prêt movement (in French “We’re Ready”) with Céline Holynski, known as Céline H on her YouTube channel. In November 2018, the On Est Prêt campaign gathered more than 80 French creators around three topics: food, consumption and mobility. For a month everyday, each of them invited their followers to take up their challenge at changing their habits (like changing their electricity provider, eating less meat…)

Solutions journalism: the winning bet of the BBC

Then, Jonathan Paterson presented a case study around solutions journalism. According to him, the expectations of the public have evolved in the face of environmental issues and the media must adapt to them. The BBC’s choice was to switch from the dramatic angle, which prevails in news, to rather deconstruct the problems through a solutions-oriented approach. The editor explained that it doesn’t minimise the situation at all, but it rathers provides new tools for reflection and for debate, at times where the latter also takes place on social media news feeds.

Is climate emergency the hottest topic in newsrooms?

The day closed on a panel about the prevalence of climate emergency in newsrooms. Pilita Clark, editorialist and assistant editor at the Financial Times, mentioned a shift in interest for this topic in recent years. While it rarely made it to the cover, the climate has now indeed become a real social issue.

This growing media coverage of the climate reflects an evolution in engagement. Their challenge, however, is to cover the matter topics with the right tone. Dominique Seux, managing editor of Les Echos, explained that, for him, news media must be engaged without being activists. Takis Candilis, deputy general manager and head of programmes at France Télévisions, stressed the need for the media to mobilise and bring people together to find solutions for the future.

So, is the media craze around climate emergency only a trend? Despite the existence of the topic for several decades, it somehow struggled to make headlines in the long run. However, public awareness on the issue has evolved considerably since then. The speakers are unanimous: this time, the climate coverage is not a fad but it needs to stay. We hope so and will see about that in 2020. 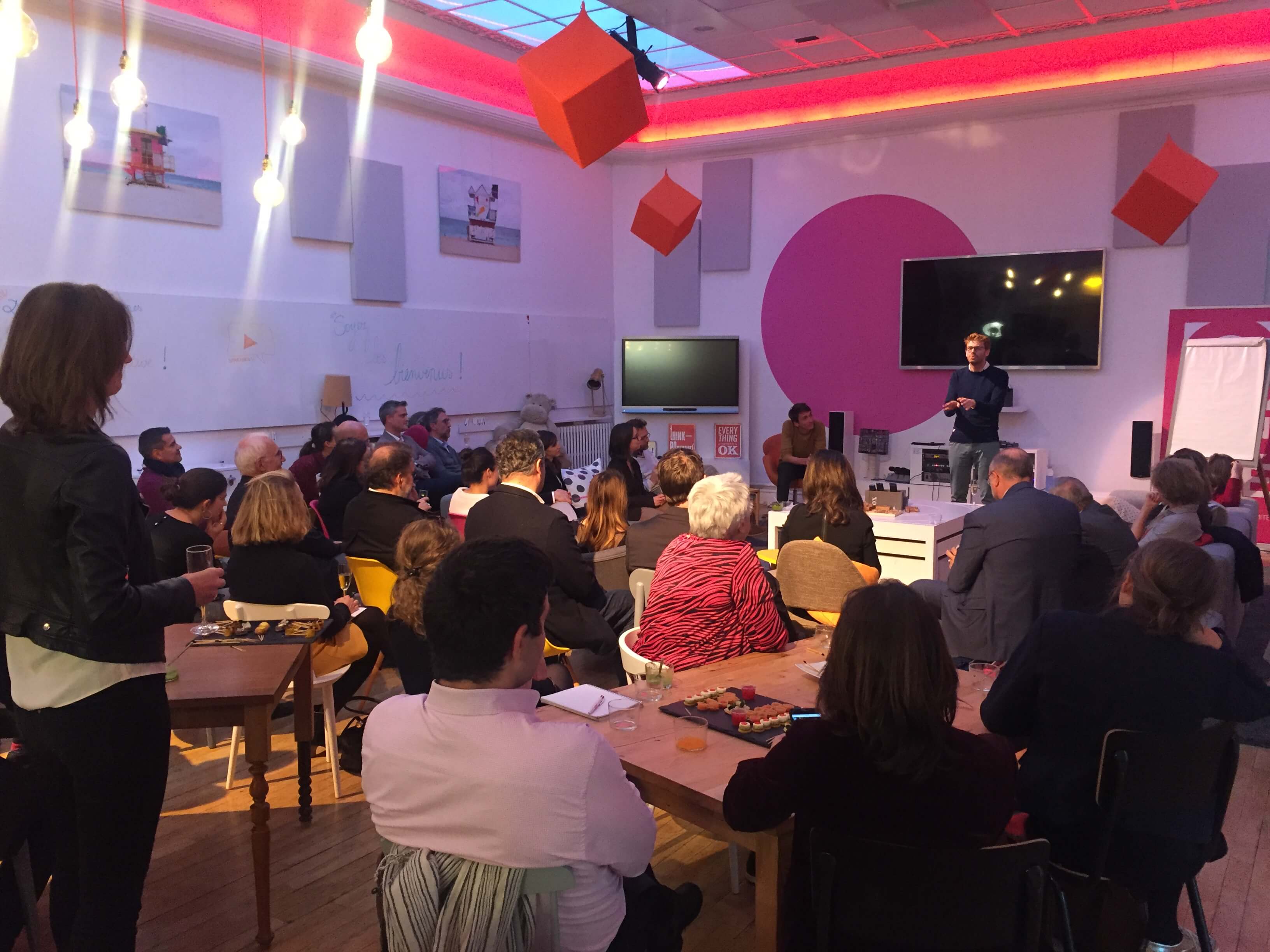